In this coloring 3D-elements are modelled by special mathematical algorithm in the uniform composition creating illusion of multidimensionality and dynamics of the plane. It opens absolutely new, though since the birth given to us the nature spatial thinking which for the unclear reasons we don't develop. It is necessary to correct this. The person is simply obliged to aspire to perfection and to develop given to him the talent nature.

We assume that the disproportion which has developed by centuries between development of the left and right cerebral hemisphere is at the bottom of deviations of mentality and behavior of the person from the accepted norms that always conducted mankind to negative consequences.

Development figurative and spatial thinking will allow the person to open in himself dozing new possibilities. The brain will work more balanced and new possibilities of intelligence will open. The person can contemplate any problem from various spatial foreshortenings and make on it the best decision.

Traditional educational systems are around the world directed on development of knowledge and mental abilities of the person with use of logic thinking. Thus the disproportion in development of the left and right hemisphere isn't leveled and in some cases even goes deep.

Offered coloring contains the drawings representing figures causing illusion and dinamics of the space. The child, peering into images on the plane, mentally plunges into volume space and starts to see the world in a different way. Even simple examining of these drawings allows to intensify new thought processes and their coloring does this process several times more effective.

With practice and researches it is confirmed that people with the developed figurative thinking are more successful in life, they practically don't allow mistakes in decision-making. Their mentality is more balanced. They adhere to higher moral principles.

The developing game invented by Leo is the additional instrument of creation of new human society in which the order and the general harmony both all mankind and each personality will reign. Developing in itself this natural gift we will open new mental abilities dozing in us.

When the plane becomes volume... 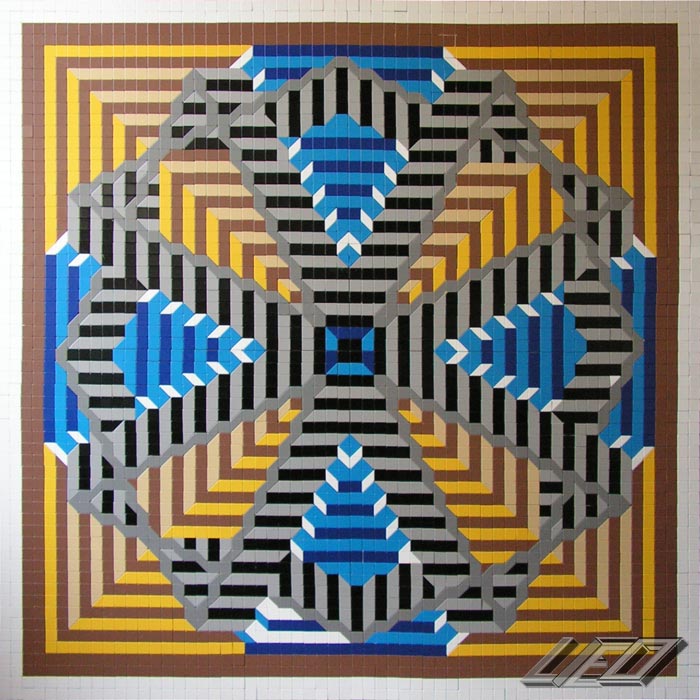 It is a mosaic from multi-colored squares and triangles. Unique combinations of forms and color create illusion of three-dimensional space and movement. Style of such images carries the name Artstruсtionizm of Leo Matrosso.

How the 3d-mosaic is used?

We offer a 3d-mosaic for an ornament of your interior and a building facade:

What is represented on a 3D-mosaic?

Everyone sees on a mosaic something : cubic forms, towers, labyrinths, movement in a circle, stars, mills and even flowers. Everything depends only on the imagination.

The mosaic consists of what elements?

Of what elements are made?

Mosaic elements 3D can be made of three materials:

In what look the 3d-mosaic is delivered?

The mosaic is delivered in three types:

What technology of assembly?

The image undertakes a basis of a mosaic from triangles and the small squares, prepared by the artist in Artstructionizm's style of Leo Matrosso. The necessary quantity of elements of the necessary colors and the sizes is made. Elements according to the scheme are pasted on a basis. There are three types of a basis: firm basis and fiber glass grid and ceramogranit.

The 3d-mosaic will decorate your interior. Examining of a mosaic will present to you harmony, will help to calm down and order nervous system. And also you can develop the imaginations. 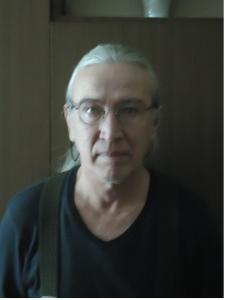 Was born on November the 10th 1956 in the Russian town of Vladimir. After high school he entered the Tallinn Sailing school and graduated it with the excellence.
After 12 years long sailing through sees and oceans he had launched the successful business. In 1998 he suffered the car accident and the Clinique death.
After recovery he had found in him the unique capability to see and draw on the paper the most complete structures with the illusion of dynamic multidimensional space.
Leonid has discovered the new function for the triangle as the elementary part for the dynamic multidimensional space structures creation. Leonid Matrossoff continues to find the ways of practical using for his works – from Children Drawings and mosaics to the buildings and constructions decorating.